Andrew Harvey, Founder Director of the Institute of Sacred Activism shares his vision and work in conversation with conscious leader, thinker, speaker and activist Lawrence Bloom. Join us for this pinnacle event - a highlight of the Avalon calendar.

This is a unique and wonderful opportunity to hear Andrew Harvey who has travelled all the way from Chicago... In conversation with Lawrence Bloom; speaker, thinker, activist and chairman - recently voted one of the top 25 most Conscious Global Leaders by Salt Magazine. Both phenomenal forces-for-good and important thinkers of our time.

Andrew Harvey will be sharing his work on Sacred Activism - a shared passion of Lawrence Bloom's. The Institute of Sacred Activism is an international organisation Harvey founded which is focused on taking up the challenge of our contemporary global crisis by inspiring people to become inspired, effective, and practical agents of institutional and systemic change, in order to create peace and sustainability.

Sacred Activism is a transforming force of compassion-in-action that is born of a fusion of deep spiritual knowledge, courage, love, and passion, with wise radical action in the world. The large-scale practice of Sacred Activism can become an essential force for preserving and healing the planet and its inhabitants.

The Institute of Sacred Activism is an international organisation focused on inviting concerned people to take up the challenge of our contemporary global crises by becoming inspired, effective, and practical agents of institutional and systemic change, in order to create peace and sustainability. Sacred Activism is a fusion of deep spiritual knowledge, courage, love, and passion, with wise radical action in the world.

Andrew was born in south India in 1952, where he lived until he was nine years old. It is this early period that he credits with shaping his sense of the inner unity of all religions and providing him with a permanent and inspiring vision of a world infused with the sacred. He left India to attend private school in England and entered Oxford University in 1970 with a scholarship to study history. At the age of 21, he became the youngest person ever to be awarded a fellowship to All Soul’s College, England’s highest academic honor.

By 1977, Harvey had become disillusioned with life at Oxford and returned to his native India, where a series of mystical experiences initiated his spiritual journey. Over the next thirty years he plunged into different mystical traditions to learn their secrets and practices. In 1978 he met a succession of Indian saints and sages and began his long study and practice of Hinduism. In 1983, in Ladakh, he met the great Tibetan adept, Thuksey Rinpoche, and undertook with him the Mahayana Buddhist Bodhisattva vows. In 1984, Andrew Harvey began a life-long exploration and explication of Rumi and Sufi mysticism in Paris with a group of French Sufis and under the guidance of Eva De Vitray-Meyerovitch, the magnificent translator of Rumi into French.  He has close connections with great Sufi teachers in America, Africa, India and Pakistan, and a very clear, comprehensive grasp of the state of modern Sufism in both the west and the east.

In 1990, he collaborated with Sogyal Rinpoche and Patrick Gaffney in the writing of The Tibetan Book of Living and Dying. In 1992, he met Father Bede Griffiths in his ashram in south India near where Andrew had been born. It was this meeting that helped him synthesize the whole of his mystical explorations and reconcile eastern with western mysticism. Andrew has since lived in London, Paris, New York, and San Francisco, and has continued to study a variety of religions, including Hinduism, Buddhism, and Christianity. He has written and edited over 30 books. Other honors he has received include the Benjamin Franklin Award and the Mind Body Spirit Award (both for Mary’s Vineyard: Daily Readings, Meditations, and Revelations). 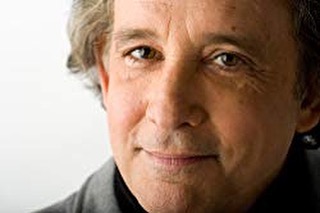 Lawrence Bloom is currently Secretary General of the Be Earth Foundation, a UN Inter Governmental Organisation which advises, assists and enables in the implementation of the Sustainable Development Goals on behalf those Countries with which it has Treaties. He is the Chairman of the Global Strategic Advisory Boards of Dakia Global Enterprise LLC, a Holding Company creating a significant hotel subsidiary and other major initiatives and Rothbadi & Co an Institutional Advisor on leveraging Blockchain. Lawrence is Chair of Be Energy a green energy company specialising in the conversion of waste and plantation timber to sustainable energy projects.

He was recently voted by SALT magazine as among the top 25 most Conscious Global Leaders, and in 2016 received an award at the UN from the Humanitarian Innovation Forum for Conscious Leadership. Lawrence was appointed the first Chairman of the World Economic Forum, Global Agenda Council on Urban Management and he is a current alumna of all Agenda Councils. He is former Chairman of the UN Environmental Programme, Green Economy Initiative, Green Cities, Buildings and Transport Council. Lawrence also served as an active a member of the Corporate Responsibility Advisory Group of the ICEAW.

His passion is to support what is breaking through that which is breaking down, in the current system. He considers this action will enable the emergence of a societal model and a society, whose understanding around the interconnectedness of all things will harmonise conscious economics, social wellbeing and environmental responsibility into a healthy, thriving and abundant culture.

“A spirituality that is only private and self-absorbed, one devoid of an authentic political and social consciousness, does little to halt the suicidal juggernaut of history. On the other hand, an activism that is not purified by profound spiritual and psychological self-awareness and rooted in divine truth, wisdom, and compassion will only perpetuate the problem it is trying to solve, however righteous its intentions. When, however, the deepest and most grounded spiritual vision is married to a practical and pragmatic drive to transform all existing political, economic, and social institutions, a holy force – the power of wisdom and love in action – is born. This force I define as Sacred Activism.”